We met outside this time, at 9:30. The weather was very pleasant. We started talking about Lusine Vayachyan's "Balagoie" and her physicality when describing a short stint in prison, and the question came up of whether it was literature because of her use of language, content, and theme. It was a rousing discussion, taking into account the reader and the writer's aims. We also talked about Julie Glaser's piece "Eat.and.Disorder " in the anthology Bent, an anthology of queer Canadian writers. Glaser wrote about being a vegetarian and how this was at odds with the culture of her family, which she then likened to her sexuality and general orientation as a writer.

We did a series of movement exercises and wrote briefly after each one: a few asanas led by Haykuhi, then I did an exercise I learned from Body Weather, wherein one person is blind and the other leads her to surfaces via her fingertip, to feel her way around a space. I also asked them to walk as slowly as they possbly could. For homework, the idea is to write on where in the body you feel free, where in the body you feel imprisoned, and what forces in your life make you feel free or imprisoned, and how those forces manifest in the body.

We didn't have nearly enough time to read, as usual, though I left about 50 mins at the end for it. So we'll continue in one more session next week. But those who read shared some really amazing stuff. It's obvious people are taking risks, and everyone seems excited about the reading on July 31st.

The cat was crazy, climbing in the tree above us to get out attention. We were so busy talking and reading and laughing that perhaps we weren't as aware of her.
Posted by Nancy Agabian at 4:42 PM 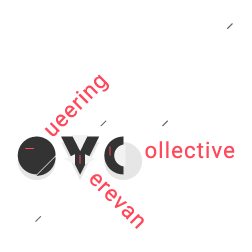 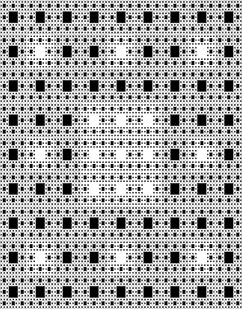 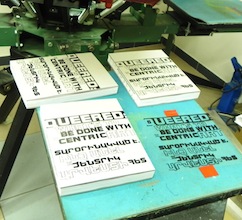 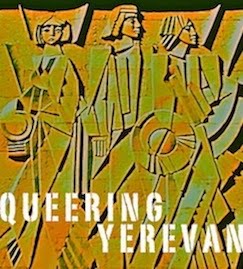 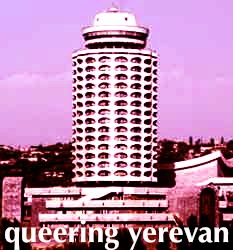 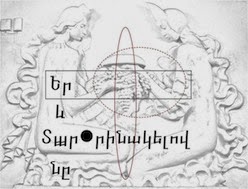 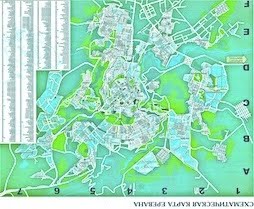